The face of Olivo Tappeti 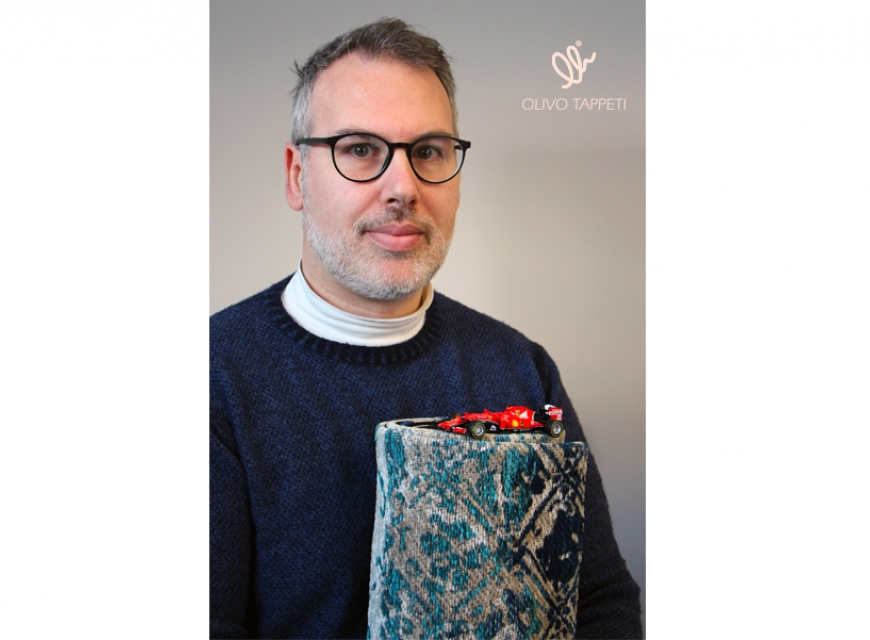 A quiet man, behind the scenes, or a volcanic changing man? Both things, with balance and courtesy. Today’s face of Olivo Tappeti is Paolo De Luca, who tells us his story and the hidden aspects of his life. Meaning his two (or even three) lives. Yes, because the versatile Paolo, who recently turn 45, faced some major changes. The most evident one, at least until we don’t go deeper, is his job here at Olivo Tappeti. He started as warehouse worker, about 9 years ago, he is today part of the style centre, where he follows social networks, websites and exhibitions setting up. This last one is his favourite activity: setting up an exhibition means caring about designing the booth, the graphics up to the concrete building of the booth. A multi-faceted work, which gives a tangible result: seeing the complete opera is always, undoubtedly satisfying.

His “first life was a job that used to fill almost all of his days, including festivities: with his brother and his mother he owned a restaurant in Piedmont region. In the little spare time he dedicated himself to many sports (skiing, scuba diving, running, volley, horse-riding), and modelling, in particular the building of radio-controlled vehicles (with gasoline engine). Many passions, but no one’s bigger than his love for Formula 1, which inevitably means Ferrari. Even though he’s only been in Monza once, due to work needs, Ferrari gave him his 15 minutes of fame when, in 2003, he built a full-size wooden model containing a driving simulator which offered a reality-like experience. Only the wheels were missing, so the Maranello company itself provided them. This granted Paolo incredible emotions and a funny participation at “Uno Mattina”, a very famous Italian tv show.

Then, eleven years ago, a life-changing love, he moved to Veneto, with the responsibility of a family that recently got bigger with Leonardo, his third son who is now 4 years old. He spent his birthday with them with a surprise party. The time dedicated to hobbies turned into time for the family, but the sacrifices are absolutely balanced by the love of is family and the satisfactions coming from his job. As Steve Jobs taught, Paolo connects the dots of his lives and learns to appreciate his main skill: adaptability. In a fluid society, as experts and gurus say, this is today a fundamental skill, both at work and for your personal life.

© Copyright 2016 by OLIVO. All Rights Reserved.